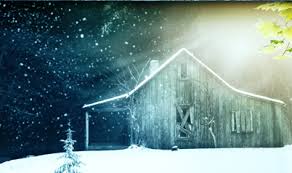 One of the best-selling ‘faith-based’ books in recent history, The Shack, has been made into a movie. The movie is to open the first week of March. Promotional trailers and movie clips are already available on social media. Since it was first published in 2007, the book has sold somewhere around 20 million copies. I suspect the movie will gain much attention and renew interest in the book.

Due to its addressing the subject of evil and suffering in a fictional format, it touched a nerve in many, many readers. Now, the movie with its high production values, music, scenery and acting, will likely increase the impact of the premises and promises of The Shack. Over the past 10 years I’ve had several people ask me my thoughts on it. While I’ve never read the book, I have read portions of the book, interviews with the author, William P. Young, and a good number of reviews. Full disclosure: I read very little contemporary ‘Christian’ fiction — particularly the kind that claims new understanding on ancient matters of the nature and character of God and the soul of man.

Below are links to reviews of the book by men who hold to the same doctrinal convictions Pueblo West Baptist does and countless other believers with a high view of Scripture. Another way, to put it, these men are not on over-simplistic witch hunts; they are students of Scripture and doctrine, church history both ancient and contemporary.

With no desire to dismiss or deny the agony and sorrow that sin has brought to many, we can’t get around the biblical warnings to those who refuse to find their comfort and hope in the decrees and promises of God recorded in Scripture. Paul says there will always be those who promote doubt and conjecture — encouraging people to be always searching but never coming to the knowledge of truth. (II Tim. 3). I believe The Shack is one more book that fits in that category. Granted, there are some concepts and statements in the book that have some validity. However, The Shack‘s intentional flaws regarding the character and nature of the Triune God, the doctrine of salvation in Christ alone by faith alone, and authority and sufficiency of Scripture, put the movie and book in the category of ‘false teaching.’ It’s just one more subtle means to lead our minds astray from the simplicity and purity of devotion to Christ (II Cor. 11:3).

Would that we who claim the name of Christ be people of ‘The Book.’ Would that we see how fully sufficient the Scriptures themselves are as they bring us to find our righteousness and wisdom and peace and hope — our lives — in Jesus Christ (II Tim. 3:14-17; Col. 3:1-13; I Cor. 1:26-31).

So here are three reviews of The Shack book; I go from oldest to latest. My prayer is that we be a people who, in our compassion for the folks who’ve suffered much at the hands of others, offer them the only true hope and peace found in the person of Jesus the Christ.

From 2008. Tim Challies is an elder in his church in Canada. His internet blog has become a highly sought resource as Challies has committed himself to seriously reviewing popular Christian authors and speakers.
http://www.challies.com/book-reviews/the-shack-by-william-p-young

From 2010. Albert Mohler is the president of Southern Seminary. He has become known world-wide for defending the key doctrines of the Christian faith and addressing from a biblical world view what is going on in our world.
http://www.albertmohler.com/2010/01/27/the-shack-the-missing-art-of-evangelical-discernment/

From 2016. Josh Buice is pastor of Prays Mill Baptist Church outside Atlanta, Georgia. I attended a conference on the Trinity at his church last January.
http://www.deliveredbygrace.com/the-shack-evangelicalism/